ALLIANCE FOR THE AMERICAN DREAM
A collaboration with Schmidt Futures 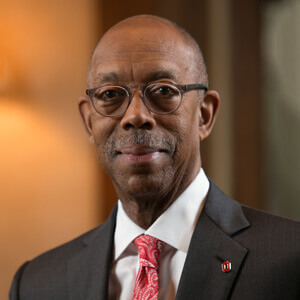 During his tenure, Ohio State has seen record highs in applications, graduation rates, academic excellence, diversity and donor support, and increases in NIH and NSF research funding. The university has received national recognition for its commitment to teaching and learning as well as excellence in patient safety and clinical outcomes at the university's Wexner Medical Center. 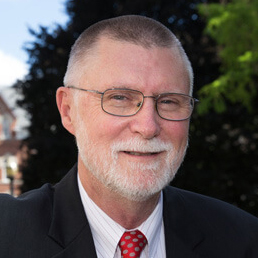 As executive vice president and provost, Bruce A. McPheron is Ohio State's chief academic officer. In this role, he is responsible for the administration and strategic planning, development and review processes for the university's academic mission.

In addition, he oversees academic programs for 66,046 undergraduate, graduate and professional students, more than 200 majors and almost 13,000 courses, along with the support of a library system with 5.8 million volumes in its collection and electronic access to 48 million books and journals.

A professor of entomology, he has taught undergraduate and graduate courses, including courses in international agriculture. His research has focused on the use of genetic tools to examine population structure in pest insects of global quarantine significance and resulted in extensive fieldwork on multiple continents.

His work is widely published in peer-reviewed publications and, among his many national recognitions and honors, he is an elected Fellow of the American Association for the Advancement of Science. As an academic leader, he has been instrumental in connecting faculty and other researchers in innovative collaborations across disciplines, including the creation of the Field to Faucet water quality initiative and assisting in the creation of the Discovery Themes initiative, both at Ohio State. 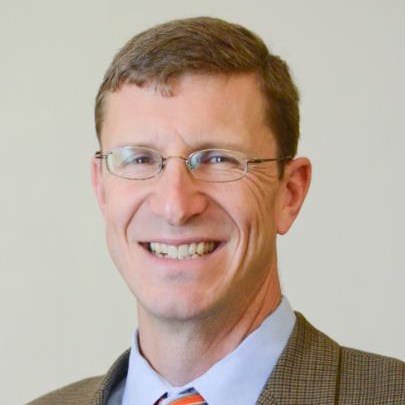 Dean Brown previously served as the director, interim director and associate director for Academic Affairs and Research at the John Glenn School of Public Affairs. From 1994 to 2013, he served in managerial roles for the Parliamentary Development Project, a U.S. Agency for International Development funded organization that provided technical assistance to the Ukrainian parliament.

His research and teaching focus on democratization and democratic institutions, the organization of government to deliver programs and policies, public sector contracting and contract management, and organizational strategy.

In 2013, he won the National Institute of Governmental Purchasing's Scholar of the Year award. In 2014, he was inducted as a fellow in the National Academy of Public Administration.

He also has provided advice and conducted analysis for a variety of organizations, including the U.S. Agency for International Development, the Eurasia Foundation, the Peace Keeping and Stability Operations Institute at the Army War College, the Small Business Committee of the U.S. House of Representatives, the U.S. Coast Guard, the IBM Center for the Business of Government, the Government Accountability Office, the Pew Center on the States, the Department of the Navy's Naval Post Graduate School and the National Institute of Governmental Purchasing.

His research has been cited by the Wall Street Journal, the New York Times, Bloomberg News and the U.S. Office of Management and Budget. 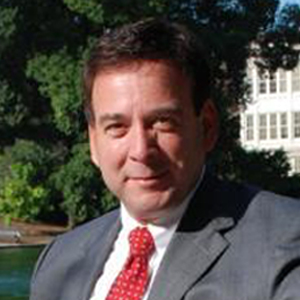 Michael Bisesi, PhD, REHS, CIH, is the senior associate dean and director of academic affairs in Ohio State’s College of Public Health and professor and interim chair of the college’s division of Environmental Health Sciences. Prior to his appointment at Ohio State in 2009, he served for 19 years as a scientist (including 12 years as tenured professor of public health), department chair, and senior associate dean at the Medical University of Ohio and the University of Toledo College of Medicine and Health Science. He was also the co-founder and director of the tri-university Northwest Ohio Consortium for Public Health.

At the beginning of his career, he held positions as an occupational health (industrial hygiene) specialist at the corporate Tenneco Chemicals Environmental/Medical Affairs Division and as an assistant, and then tenured associate, professor of health and safety at Indiana State University.

Dr. Bisesi has authored and co-authored several journal articles as well as chapters in major reference books, including the Occupational Environment: Its Evaluation and Control (1st and 2nd edition) and also several in Patty's Industrial Hygiene and Toxicology (4th and 5th edition). In addition, he is author of the highly touted textbook Industrial Hygiene Evaluation Methods (2nd edition) and co-author of two other volumes of the Handbook of Environmental Health (4th edition), entitled Volume 1: Biological, Chemical and Physical Agents of Environmentally Related Disease and Volume 2: Pollutant Interactions in Air, Water and Soil. He serves on numerous committees and councils at the university, state and national levels, including his recent appointment by former Gov. John Kasich to serve on Ohio’s Radiation Advisory Council. 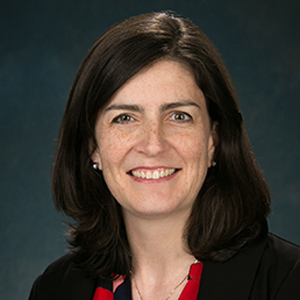 RACHEL E. DWYER
PROFESSOR OF SOCIOLOGY AND FACULTY AFFILIATE OF THE INSTITUTE FOR POPULATION RESEARCH

Rachel Dwyer has been a faculty member in sociology and affiliate with Ohio State’s Institute for Population Research for 15 years. She was director of graduate studies in sociology from 2015 to 2019 and served on the College of the Arts and Sciences Graduate Studies committee

Dwyer is a leading expert on the causes and consequences of social inequality in the United States. Her research concentrates on the American middle class and growing economic inequality insecurity across classes, including as connected to gender, race, ethnic and related disparities. She runs “Debt Lab” with a group of Ohio State students, studying how growing indebtedness and financialization affect and are affected by social inequality in the United States.

Her research has been funded by the National Science Foundation, the Institute for Population Research through a grant from the National Institute for Child Health and Human Development, and the National Endowment for Financial Education. In her work with the endowment, she engages policy discussions about youth indebtedness with higher education leaders, public policy makers, financial professionals and financial education specialists.

Dwyer teaches about social inequality in America in her introductory undergraduate to advanced graduate student courses and mentoring. She received the inaugural Outstanding Teaching Award from the Social and Behavioral Sciences Division in the College of Arts and Sciences in 2015. She was further honored with the Alumni Award for Distinguished Teaching in 2017. 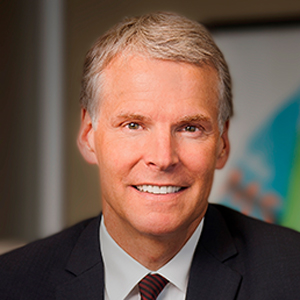 Douglas F. Kridler is the fifth president of The Columbus Foundation, a community foundation serving the central Ohio region since 1943. In 2017, the Foundation awarded $213 million in grants to more than 3,900 charitable organizations in such fields as education, health, social services, community development, urban affairs, and the arts. As of 12/31/17, the Foundation’s assets totaled $2.27 billion.

Kridler is also an independent director and chair of the Nominating and Fund Governance committee of Nationwide Mutual Funds, with over $90 billion in assets under management in an array of over 100 U.S. mutual funds. Additionally, he is a member of the Business Advisory Council of the Federal Reserve Bank of Cleveland.

Prior to joining The Columbus Foundation as president and CEO in February 2002, Kridler served for eighteen years as the president of the Columbus Association for the Performing Arts (CAPA), during which time he oversaw the expansion of CAPA from one theater in Columbus to owning and operating six theaters in Columbus as well as the Chicago Theatre in downtown Chicago and the legendary Shubert Theatre in New Haven, Connecticut. During his tenure, Kridler undertook restorations of the Ohio, Palace and Southern theaters.

Before his selection as CAPA’s President, Kridler was part of the national campaign staff for Sen. John Glenn’s presidential campaign, and tour manager of the Cleveland Orchestra as well as concerts director for Blossom Music Center, its 18,000 seat summer home. He is a past chair of the International Society for the Performing Arts, an international organization of leading arts professionals from more than 50 countries in every region of the world.

Kridler received the Mel Schottenstein Leadership Award in 2019. He was named a 2017 Champion of Diversity, was CEO Magazine’s 2016 CEO of the Year, and was inducted into the Central Ohio Business Hall of Fame in November 2014.

Kridler earned an MFA in Arts Management from the University of Utah on a Ford Foundation Fellowship, and a BA from Ohio Wesleyan University. 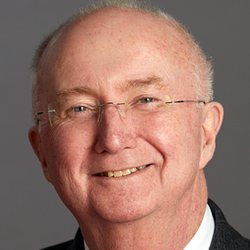 W. Randy Smith joined the Office of Academic Affairs in 1994 as the university's first provost's faculty fellow, and in that capacity, coordinated Ohio State's decennial institutional re-accreditation process. Subsequently, he was named associate provost, and since 1998 has been vice provost for academic programs (formerly, curriculum and institutional relations).

His current portfolio focuses on academic program development and review for the university's 15 colleges and four regional campuses. In that capacity: he coordinated the university's conversion from a quarter to semester calendar from 2009 to 2012; oversaw two subsequent successful institutional re-affirmation of accreditation processes, in 2007 and 2017; and currently is helping lead a review of the general education program.

In addition, he is heavily involved — in terms of both policy and practice — with the Ohio Department of Higher Education's statewide initiatives on articulation and transfer among the state's 36 two-year and four-year public colleges and universities. He has been extensively committed to, and involved in, national professional organizations, statewide committees and task forces and university governance throughout his career at the university.

Keep up to date with the latest information, news and events